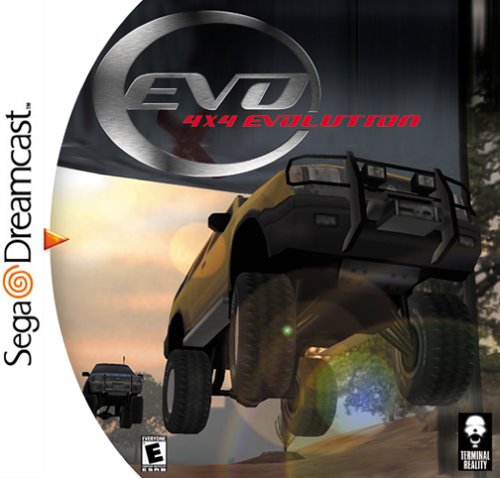 4x4 Evolution is a racing simulation featuring rugged, customizable four-by-fours. Race against the computer or go online to race up to four others. The game comes with 16 tracks that range from desert routes to wooded mountain trails to slippery arctic glaciers. Use the cash you win in races to upgrade your four-by-four or sport utility vehicle for speed, handling, and traction.

Players start the game with 30 grand and a choice of vehicle, which includes just about all of the authentic SUV and pickup models that are available today, plus specialized models that are accessible only to the manufacturers' team drivers. 4x4 Evolution follows a format that's common to race games, in which the player is required to win races to accumulate funds to build a better rig.

Driving presents a few difficulties that are not faced in normal on-street race games. For instance, even if your truck has an automatic transmission, you face the added challenge of toggling between high and low four-wheel drive, as you lurch over boulders and smash through trees, gates, and an occasional telephone pole.

And there's a lot to conquer. The game's 16 courses run through salvage yards, down muddied country roads, and across desert dunes, arctic wastes, and pine-studded forests; each environment exquisitely rendered in three dimensions.

As if this weren't enough, you can use the Dreamcast modem and SegaNet to play online with up to four other people.

4x4 EVO is the first console game to feature cross-platform online play, in which Dreamcast, Macintosh and PC players could all race against each other simultaneously.

Players can also race across user-created maps downloaded to a hard drive or even a Dreamcast VMU. All platform gameplay experiences are of similar quality. DC, Windows, and Mac versions offer a vehicle-customization feature that allows players to race their own personalized vehicles online.