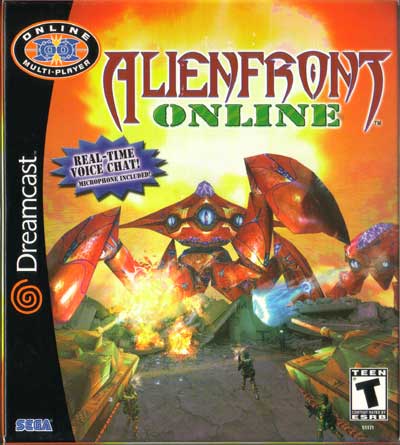 Now that Sega has proven it can bring the console to the Internet for online gaming, the company's working to stay in front of the pack. Not only can you form teams over the Internet in this human vs. alien war, you can also play with or against players who are operating networked coin-op arcade machines. By the time the game is fully finished, Sega says players will be able to communicate via real-time voice chat during gameplay. You can choose to operate the alien biomech units against the humans, or you can defend earth as a tank commander in one of three different styles of real-world tanks--the M1A1 Abrams, Merkava, and the M-109