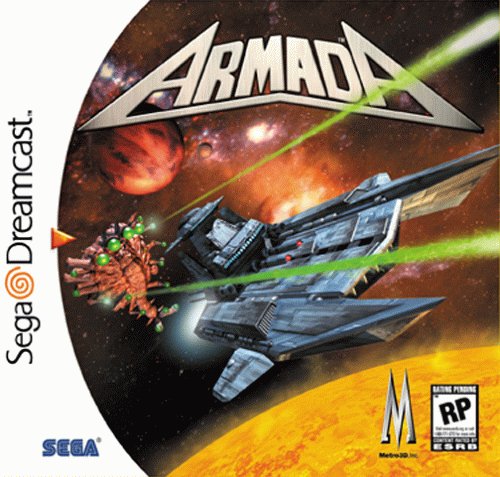 Top-down space shooters, so popular in the late '80s, have gone the way of leg warmers and Mr. T. With the influx of richly textured 3-D worlds and interactive environments, old-school shooters aren't exactly in massive demand. But Armada for the Dreamcast boldly bucks that trend by giving gamers more than just a rehashed shooter. Armada takes the addictive formula of breakneck shooting action and melds it ingeniously with role-playing game (RPG) elements such as involved character interaction and a growth system based on experience points.

As a member of Allied Command, you must annihilate the destructive Armada whose reign threatens all humankind. But behind this simplistic premise lies a deep gameplay system, where you travel within an enormous galaxy filled with space stations, supernovas, planets, and a battery of Armada ships. Although you are assigned primary missions, there are plenty of secondary objectives, spaceship tweaking, and status building during the nonlinear gameplay. In this way Armada cleverly interjects rapid shooting action with involved strategy elements to create a unique experience. Throw in four-player simultaneous play--with up to four people onscreen at once--and Armada has plenty of multiplayer fun as well.