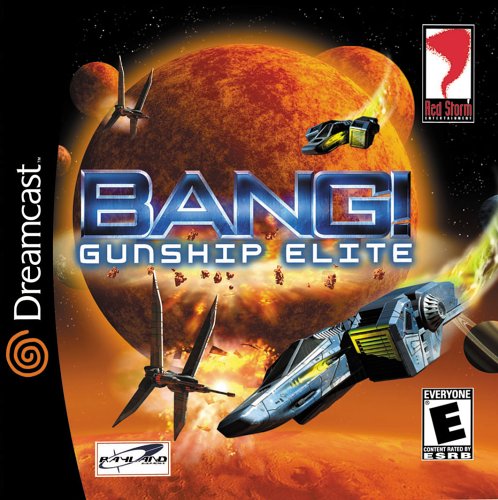 In a galaxy far outside of our own, there exists an alliance between three races: the Arikhans, the Dagons, and the Numidians. For years, the three groups have worked together to explore the vastness of space, using a rare mineral called Kha as their energy source. Unfortunately, a fourth species, the Sektar, has recently declared war on the alliance. Mighty and powerful, they want the Kha for themselves. Forced into service prematurely, you'll assume the role of an Arikhan fighter pilot through 19 perilous missions in Red Storm's 3D space shooter, Bang! Gunship Elite.