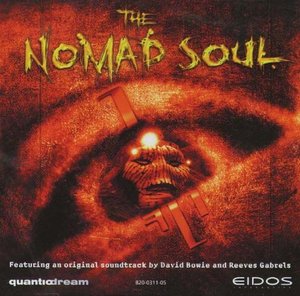 Responding to the desperate pleas of a mysterious character from another dimension, your soul must enter the dark and futuristic city of Omikron. This heralds the beginning of an epic adventure through an increasingly strange and dazzling parallel world, trying to solve the many puzzles that prevent you escaping alive. Think, fight and interact with the immense gaming environment to defeat the menacing demons that have tried to trap you. Explore a massive city of the future in real-time 3D. Watch hundreds of passers-by and vehicles moving about with complete freedom. Experience "virtual reincarnation", which is the ability to move directly into the body of the first person that touches you after you die.

With a soundtrack and starring appearance from David Bowie, Omikron: The Nomad Soul is a feast for the eyes and ears. This futuristic action-adventure game takes place in the world of Phaenon, where people live oblivious to the evil that skulks beneath the palace of Ix. There, Astaroth, prince of demons, is collecting souls and plotting to conquer the universe.

In Omikron: The Nomad Soul, you must thwart Astaroth's plan by possessing the bodies of the city's inhabitants, each with different strengths and weaknesses. If your borrowed body dies, the first person to touch its corpse will receive your spirit, and your mission will continue.

This futuristic adventure features 3-D motion-capture animation in its battle and dialogue scenes, 40 characters to inhabit, 140 different creatures with which to interact, and a story that develops through more than 400 sets.