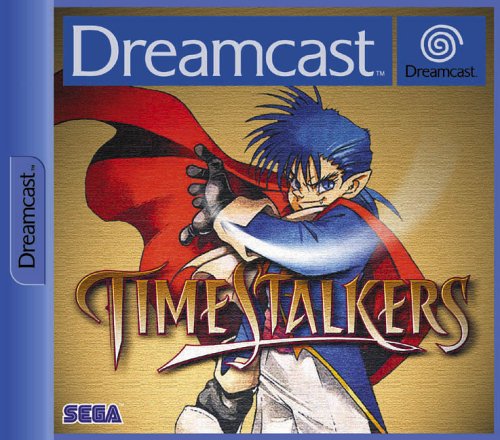 Sword is an elfin adventurer with pointy teeth and shocking blue hair (very Sega). The "cursed" land he must quest across is divided up into seven different portions, with each corresponding to its own era in history. This means that there is a piece like current Japan, a section like Europe in the 1980s, another like the chivalric middle ages, a space battleship and ancient Africa. All these areas entertainingly interact with each other at the borders. Naturally, the dungeon is Sword's home habitat, generated randomly each time he enters a new one and auto-mapped on-screen so wandering round in boring circles isn't a possibility.

Sword is controlled via a simple system of analogue stick to move and D-pad for other functions. He has a reassuringly familiar set of RPG characteristics such as strength, dexterity, charisma and luck that can be boosted through victory in conflict. Pleasingly, the bane of almost every RPG " the random battle" is absent. In fact, your foes have an aggression rating, and you can gauge how bellicose they are towards an intruder by looking at a thought bubble that floats above their head. Often they will just ignore Sword, meaning you have to instigate a battle yourself to improve statistics (not very fluffy, I know). He can slash, thrust or cut, utilise a spell or item, run away or use some defensive tactic. Some monsters can be captured instead of killed and used against opponents at a later date or downloaded into a WM and built up through 10 different sub-games. Sword can also pick up extra team members along the way, such as a sorceress, a giant and many others.