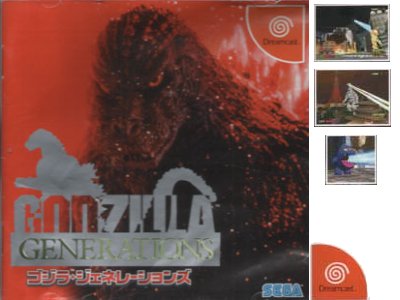 Godzilla Generations was one of the first games to be released on Dreamcast. Back then in 1998 it looked and played crap and nothing has changed since then. Now in 2004 this game is crap but not because it's aged badly but because it was crap to start off with. Basically you guide Godzilla around the various Japanese cities smashing buildings and destroying the army that try to stop him. The game is incredibly dull. Not only is there nothing to do apart from smash things but even after you have smashed everything you have to wait until the timer runs out before you can move on to the next level. The levels don't even look much like the real places. The first stage is Fukuoka which I know very well. The only things that resemble Fukuoka are the baseball stadium and hotel. Everything else makes Fukuoka look like some massive farm land with the odd sky scraper.