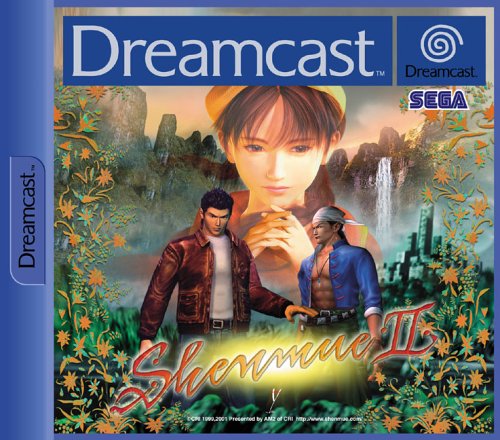 Shenmue II is an epic adventure that has all the elements of a great movie - drama: mystery, suspense and action -and offers a unique gameplaying experience that seamlessly blends elements of action, adventure, fighting and RPG games. Players assume the role of Ryo Hazuki, a young man dedicated to the task of tracking his father's murderer and unlocking the mysteries of the Phoenix Mirror. Shenmue II continues where Shenmue left off and brings Ryo to Hong Kong with many questions still unanswered as he follows the trail of Lan Di, the man who killed his father

The game picks up with Ryo arriving in Hong Kong as he continues his quest to avenge his father's killing. It's quickly obvious that aesthetically things have improved further; the graphics are at times outstanding, with clearly little expense spared. The game itself follows a similar format to the original, as you explore, interrogate, fight and solve the puzzles needed to progress. Again, you don't have to do everything to get to the end of the game, and there's an awful lot of time needed to get there. It really is business as usual, and it's every bit as good as before to play.